OUR MUSIC AND MEDIA

FELIX & JASPER'S SONGBOOK
We have written a few songs for pawties, make them go with a bit of a swing!  They may not be to efurryone's taste !  hehe!  But we fink they are good fun!!

We have some more but we thought that will get people started. If anyone got any songs to add to our songbook please let us know. Enjoy !!!

TOP CAT
Mum says she biggg fan of TC. She was little when TC was on TV first time round. Now it is a film. These are the opening credits from the TV series.
It is so coooooool !!!

STRAY CATS STRUT
We like lots of songs and TV stuff, also films.  We gonna pick some good stuff for this page.  How about we pick one of our fave tracks, get you all doin some moves !

GARFIELD
One of our great heroes is GARFIELD. Our mum has all the DVDVDs. So we thought we would add a few vids on here of the guy himself. We found some hot dance ones and some others. Here is a great one to shake some moves to.  Hey dude Pudsey !  This ere cat has been shakin his booty for SUMMMM time man !

TOM & jERRY
Our mum says she remembers watching these movies when she was little.  That must be ages and ages ago as we don't remember them.  Our mum has shown them to us loads of times though, she got LOADS of vids and DVDVDs of Tom & Jerry and other great Cats on film.  Here is one of Tom & Jerry's. 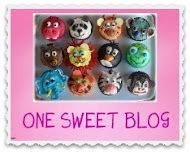